Why you should test your marketing creatives before launching your campaign

Many companies make the mistake of testing as they advertise, and then tracking how well different variants of their ad are performing. But testing your marketing creatives is more than just asking consumers 'this or that?' After all, why is it important to know which terrible idea consumers like better, if the end result is just publishing a terrible idea? Launching marketing campaigns without proper preparation is taking a huge risk of totally turning off consumers from your products or brand. Spending a few thousand euros pre-launch pays off massively in increased ROI.

The whole point of marketing content is to be effective and convince consumers to buy whatever it is you're selling. You already know that and oftentimes in client meetings, I hear how companies have spent millions of euros on developing ads or commercials.

Not because their creative team is incompetent, a big event changed the world’s agenda, or because their brand was disrupted by competitors.

No, the reason is they didn't spend a few thousand euros on testing their marketing pre-launch.

Think how Pepsi’s “Live for now” campaign with Kendall Jenner in 2016 caused an outrage amidst the Black Lives Matter demonstrations (and contributed to Pepsico losing 4% of its brand value that year). How VolksWagen’s 2020 commercial launching the new Golf flopped in 2020 because of racist undertones. Or EA’s disastrous 2009 launch of the Godfather II game that resulted in selling only 400,000 copies deeming the game a commercial flop.

All of that money spent and wasted because the commercial missed its mark with consumers.

Your campaign is global whether or not you are

Even if your advertising isn’t intentionally advertising on such a massive scale as the three examples I mentioned above, the fact is we live in a globally connected world where content spreads faster than wildfire, so you actually are.

And when it comes to the role marketing creatives play (messaging, posters, digital ads, or videos), there's a lot at risk - especially money and affecting your consumers' mindsets about your brand & products.  If it's bad marketing content, you're achieving the complete opposite effect and you take a huge risk in totally turning off consumers from your products or brand.

Why run that risk when it is so simple to manage?

Live-testing tells you what, but not why

Many companies make the mistake of testing as they advertise, and then tracking how well different variants of their ad are performing. But if you're doing the testing as you advertise, your budget is already being spent, and you have no clue what (if anything) will actually convert.

Testing your marketing creatives and messaging is more than just asking consumers 'this or that?' After all, why is it important to know which terrible idea consumers like better, if the end result is just publishing a terrible idea?

The metrics from a running campaign only show you which campaign performs better, but you cannot see why. Part of a winning strategy needs to include testing your marketing creatives, and getting to the WHY.

Testing your marketing campaign pre-launch will get you much more knowledge (and let’s face it, much less risk!) and you will uncover crucial aspects like: did the consumer understand the message? Is the creative aligned with the brand? Would they want to buy this product? What are the aspects of the creative that the consumer liked/didn't like?

The good news is it's very simple to start implementing marketing testing. It's essentially a two step approach:

Regardless of your target audience, you want your marketing testing to provide you with representative insights for that segment. These answers can then be used to effectively produce marketing creatives that drive your brand’s desired results.

There's no doubt that it's money well spent, because you'll know exactly what will make you money in the end.

Are your target consumers the kind of people signing up for a survey panel? If that sounds unlikely, keep reading my suggestion for how to get the insights that will get you in the know of how your target consumer segment feels about your marketing campaign.

My job is to make you better at your job. And here at Opeepl we understand that marketing departments cannot afford to skip this vital step in their innovation process.

Therefore, we have developed a winning framework around marketing testing that is focused on HOW your ad can make you the most return on investment, and prevent future campaign flops.

We professionally and discreetly test your marketing creatives and messaging, prior to launching them. We do it through our proprietary Dynamic Sampling technology that samples consumers through our extensive, global app network and has proven especially effective among target groups like young men, affluent people, moms with infants or in markets that can be hard to reach through traditional panel sampling.

Our previous experience include TV Commercial testing, marketing message testing and digital creatives (both static ads and video) testing. For instance, we helped a well-known global browser company, who often had the need to respond faster; in tech things happen fast, and they were often under pressure to decide and react to stuff where they needed input from consumers in countries like India, Malaysia, Indonesia and various African markets.

In this case they wanted to launch some TV and video ads that came with different messages, but wanted to test them first for quick feedback in the key markets. As you know, development of advertising and creatives always takes longer than expected, and suddenly you have a deadline. So they really needed something fast.

Because our setup is designed to keep our clients in the know of what is happening with their customers right now, we were able to within overnight even in some of the markets, launch, setup, test the videos, get the feedback, so they could decide on which videos were the best, which videos to go for for certain target audiences, and launch for the biggest efficiency.

Sean D’Arcy, VP, Head of Marketing & Distribution, Opera, sums up the project like this:

“We used Opeepl to ensure the video resonated with our target audience before investing in further media buy. We found that viewers understood the value proposition of the product and after watching the video they were likely to download our app. By further segmenting the responses, we found out with which geographies and demographics the ad performed best and are able to further focus the targeting of our digital ads.”

In short: What you do with Opeepl will get back to you in increased campaign effect and, thus, revenue.

Learn if we are a good match for your marketing campaign by booking a free 30-minute call with me, just send me an e-mail. 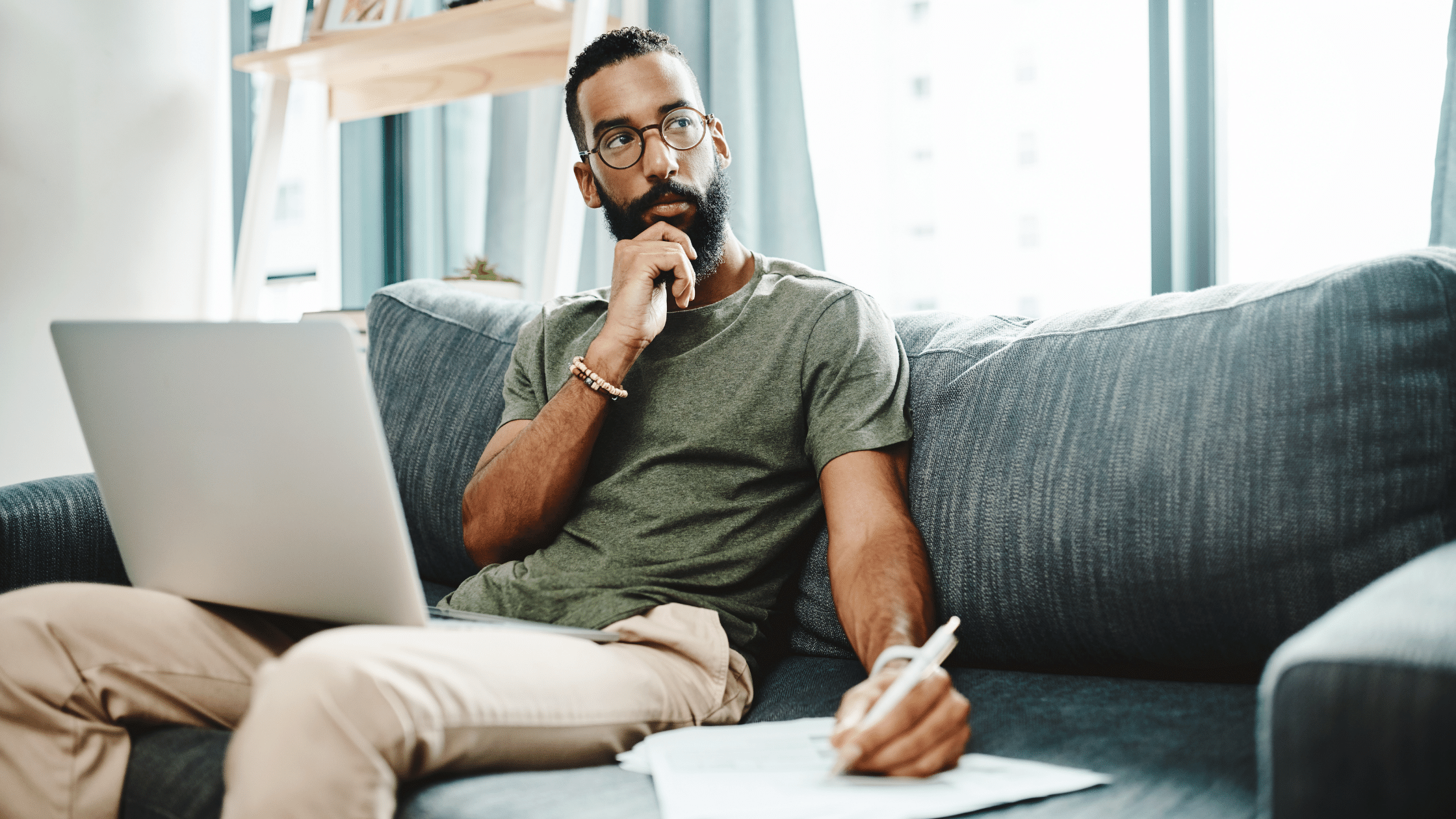 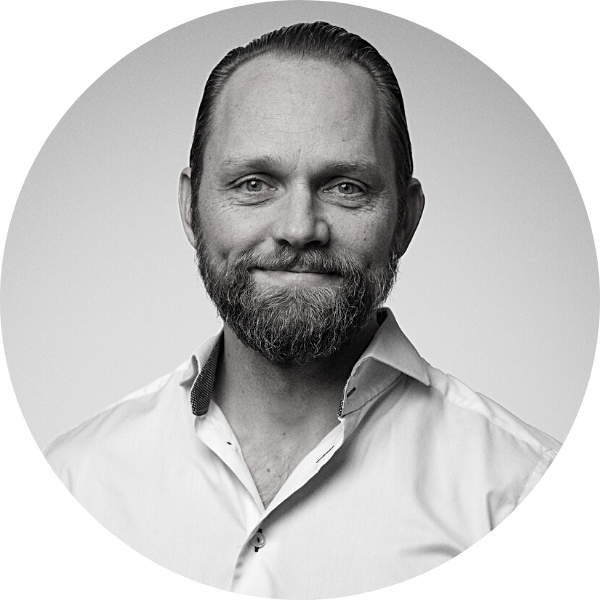 Launch or lynch: What to do when consumer research results are inconclusive 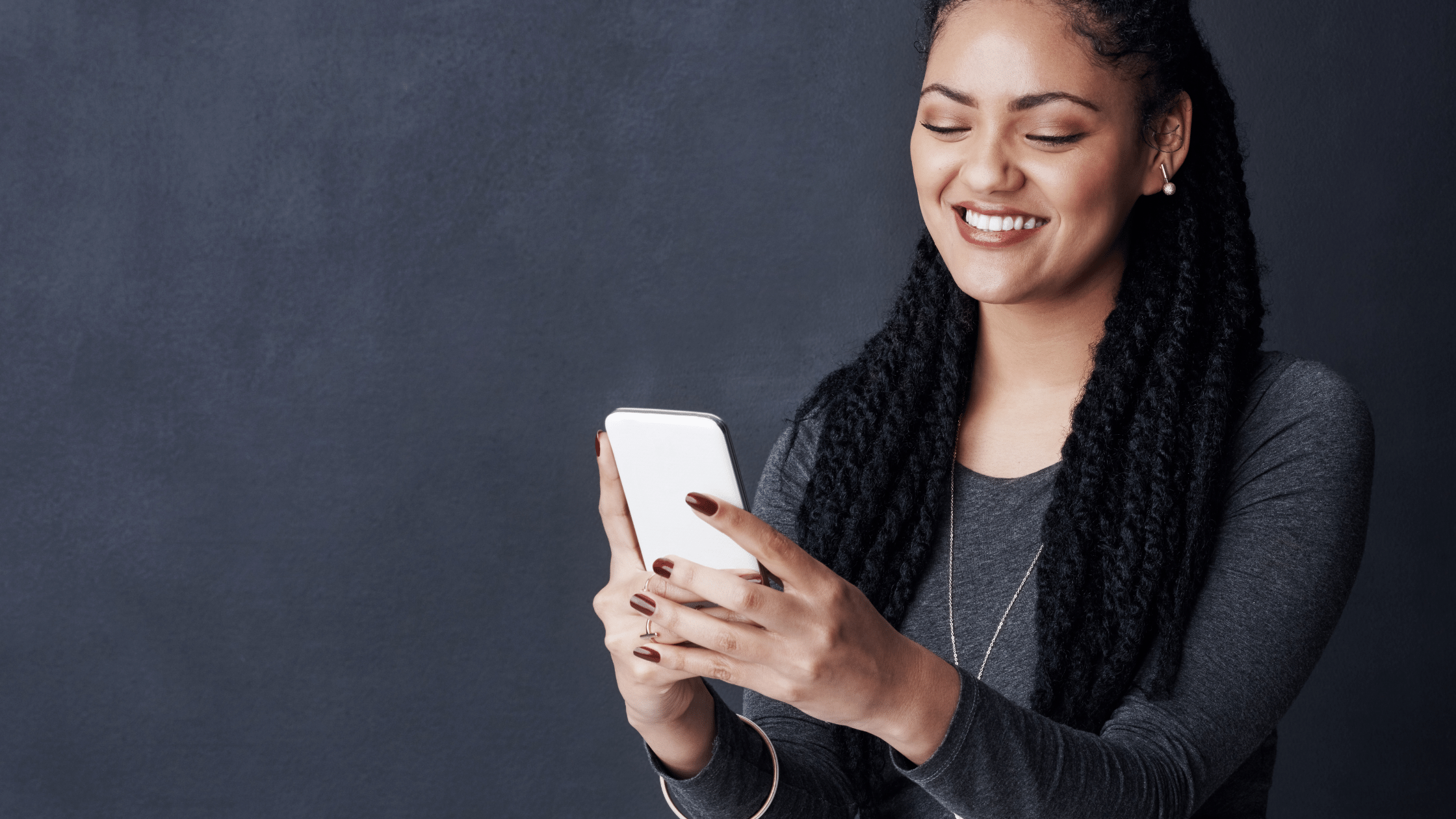 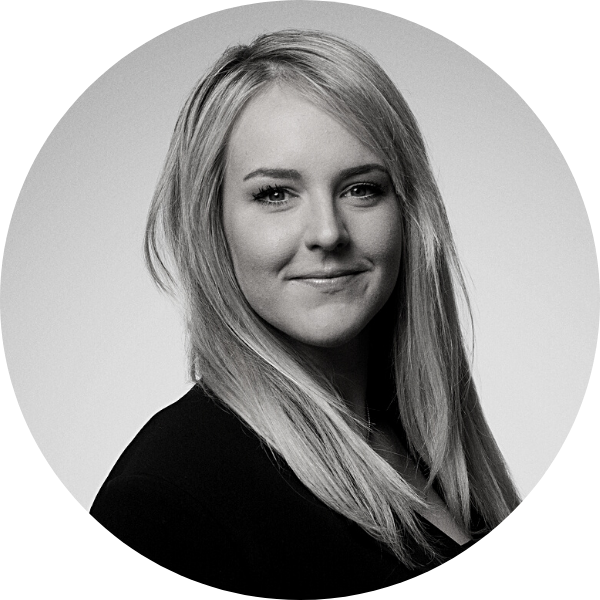 User-friendly surveys and why you need them 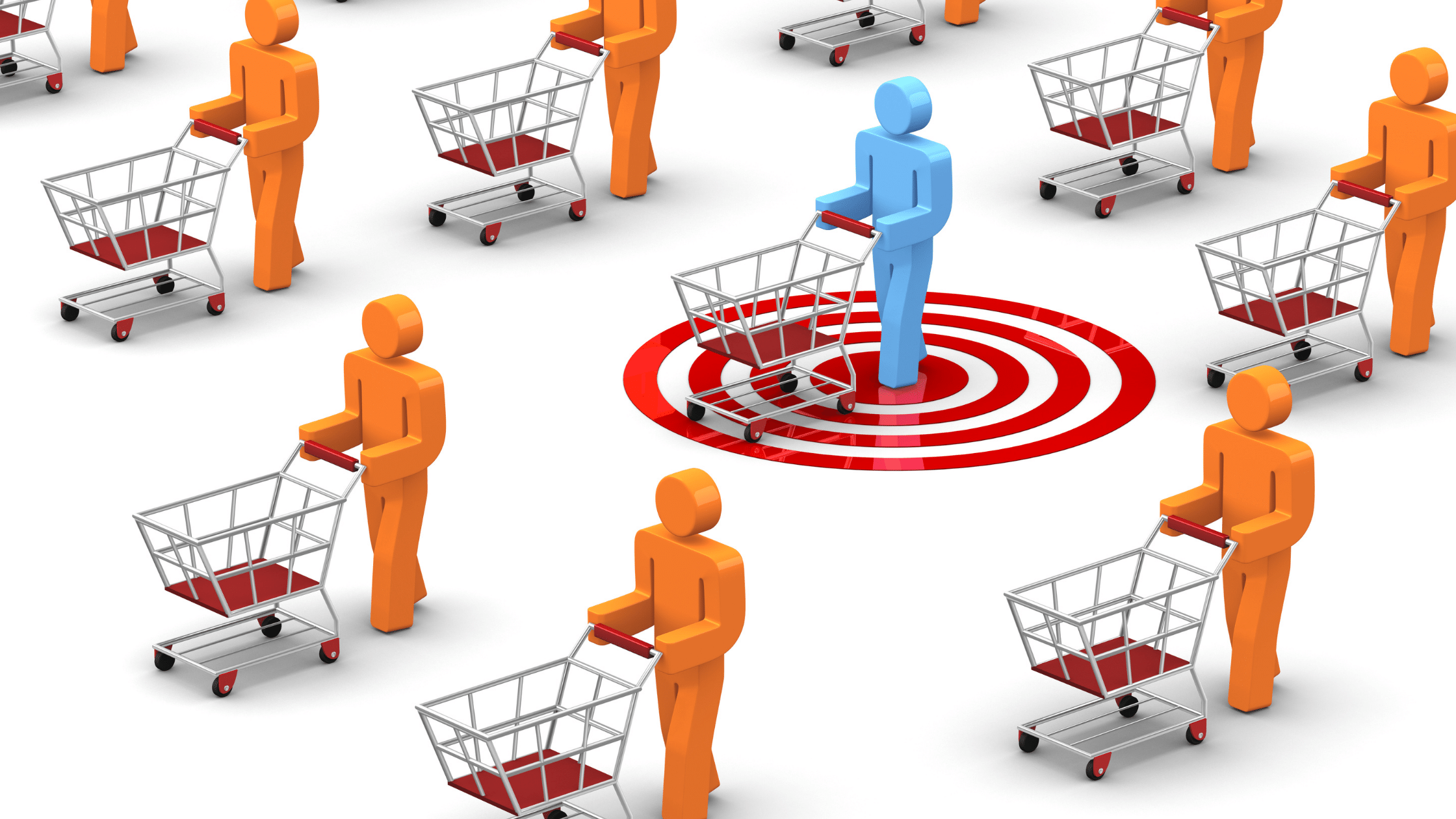 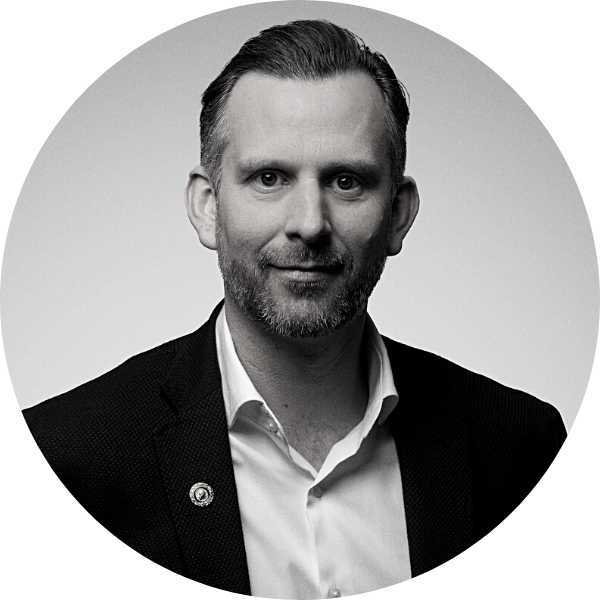 Discover opportunities in the market with market profiling